Alicia Syrett is the Founder and CEO of Pantegrion Capital, an angel investment vehicle focused on seed and early stage investments. She currently serves on the Board of Directors of New York Angels, Everwaters, Enerknol, and HeTexted, and is a member of WomenCorporateDirectors. She is a recurring panelist on CNBC’s Power Pitch and MSNBC’s Your Business, a Contributor for Inc. magazine, an Instructor for Steve Blank’s Lean Launchpad course at Columbia University, and tweets @AliciaSyrett.  Ms. Syrett was named as one of the “25 Angel Investors in New York You Need to Know” by AlleyWatch, one of Wharton’s “40 Under 40” young alumni by Wharton Magazine, and one of Virgin’s “Five Next Generation Leaders Emerging from Tech.”

Prior to founding Pantegrion, Ms. Syrett spent over 10 years in the financial industry, which included her entrepreneurial journey as the first employee and CAO of a multi-billion dollar private equity firm.  She graduated early from the Wharton School. She also possesses two MBA degrees from the London Business School (with distinction) and Columbia Business School where she received Beta Gamma Sigma honors. 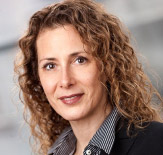 Arikha Moses, PhD, is a seasoned executive with 15+ years of experience creating and leading medtech companies. She currently serves as an Executive in Residence for Columbia Technology Ventures.  Dr. Moses started her career at a seed-stage venture firm, where she was responsible for sourcing, building, and managing early-stage life science companies including EluSys Therapeutics and TyRx. As TyRx’s Founder and Chief Scientific Officer, she was responsible for the company’s strategy and during her tenure she was involved in all aspects of the company’s business including financing, licensing, product development, corporate partnerships with Boston Scientific and Bard, and the commercialization of multiple drug-eluting devices. TyRx was sold to Medtronic for $160MM. She has also worked with the venture capital firm the Vertical Group as an EIR, where she assisted with due diligence on investments in both private and public companies. While working with Vertical, she founded and led Galatea Surgical, a plastic surgery company, through clinical studies and commercial product sales. 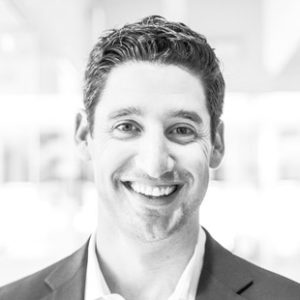 Avi Fisher ’08GSAPP is a Founding Principal of Avery Hall Investments, and oversees all aspects of project financing & structuring, as well as capital raising and investor relations.  Over the past decade, Avi has been involved in $500 million of real estate development and investment activity, primarily in the New York City and Washington DC markets.  Having played a key part in the delivery of over 400 luxury condominium apartments, Avi takes a lead role in the design, sales and marketing of each residential development the company pursues.

Mr. Fisher holds a B.S. in Marketing from The University of Maryland’s Robert H. Smith School of Business.  He received a Masters of Science in Real Estate Development from Columbia University, where he was an Adjunct Faculty Member in Real Estate Finance for three years.  Avi has spent nearly a decade living abroad, is fluent in Hebrew and proficient in Spanish. 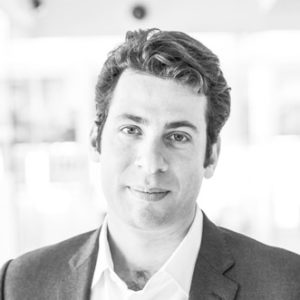 Brian Ezra ’07 GSAPP,  is a Founding Principal of Avery Hall Investments and is responsible for deal scouring and acquisitions, project conceptualization, and overall development strategy. With over a decade of experience, Brian has overseen in excess of $500 million of real estate development and investment activity. Brian takes particular interest in Avery Hall’s retail-driven projects and those involving complicated assemblages of land and development rights.

Mr. Ezra holds a B.A. in International Relations from Tufts University and received a Masters of Science in Real Estate Development from Columbia University. Brian is a fourth-generation Brooklynite, a board member of the Atlantic Avenue Business Improvement District, and is fluent in French, Italian, and Spanish. 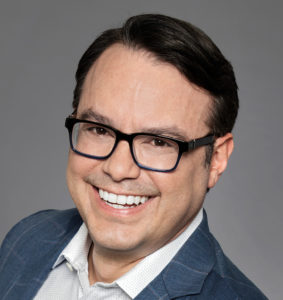 A fixture in New York City venture for more than 15 years, Charles Torres, a recognized leader in startup law, leads Perkins Coie’s east coast Emerging Companies & Venture Capital practice. Charles counsels emerging companies throughout all phases of growth, as well as the venture capital and angel investors that fund and acquire them. He helps startups achieve their goals by providing practical, stage-appropriate, business-oriented advice focused on a variety of general corporate and governance issues, including formation, board issues, equity and debt financings and M&A exit events. 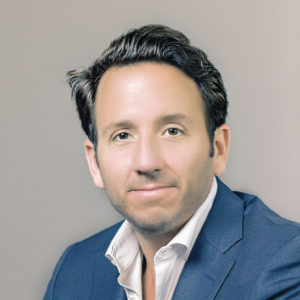 Christian Lawless is the Founder and General Partner of Conversion Capital LLC. He focuses on early and growth stage enterprise software investments with application to Financial Services and Defense. Christian has led investments for Conversion in companies like Improbable, Orchard Platform, Blend Labs, RedOwl Analytics, Booster Fuels, Immuta, Fiscal Note, Pre-Data, Planetary Resources, LearnVest (acquired), and Paribus (acquired). He has been a Strategic Advisor and Board Member to numerous companies, most recently Immuta, Orchard Platform and Blend Labs. He is well known for his insights into the ways technology is revolutionizing capital markets, and both the opportunities and challenges that this revolution poses for capital market governance and systemic stability. He is regularly consulted by US and European government and intelligence officials for this expertise, and is a frequent lecturer on the Future of Financial Services at various Universities and conferences. Christian is also the Managing Partner at Conversion Capital Group, which operates Conversion Intelligence, Conversion Advisory and Omada.  Prior to founding Conversion Capital, Christian served as Managing Director at firms like Lehman Brothers, Nomura and Barclays in both North America and Europe. He is a member of the Atlantic Council and received a B.A. from Ohio Wesleyan University.

David S. Rose (@davidsrose) has been described as “New York’s Archangel” by Forbes, “patriarch of Silicon Alley” by Red Herring, and a “world conquering entrepreneur” by BusinessWeek. He is a serial entrepreneur, one of the world’s most active angel investors., and CEO of Gust, the SaaS platform powering over 450,000 startups and 60,000 investment professionals. He’s the NYT best selling author of “Angel Investing: The Gust Guide to Making Money & Having Fun Investing in Startups” and “The Startup Checklist: 25 Steps to a Scalable, High-Growth Business.”

Joe Pantigoso ’15SPS, is a brand expert with a track record for delivering growth goals for global brands. Currently, Joe is the Senior Director and Team Leader, Global Brand at SAP, a leading enterprise software company.  Joe’s responsible for employee education and enablement across SAP and for driving SAP’s brand evolution strategy initiative from research through to activation. SAP is #22 on Interbrand’s top global brands list, having grown 13% in brand value since last year.

Previously at leading, global brand consultancy LANDOR, as Managing Director, Joe led his office to become one of the fastest growing in the firm’s worldwide network. Earlier in his career, at JWT, a top-tier advertising firm, he led the development of sales-driving, award-winning global campaigns for global brands.

A regular guest speaker at industry conferences and universities, Joe earned his undergraduate degree at Duke University and his masters in Strategic Communications at Columbia University. He lives with his wife and teenage daughters in New York. 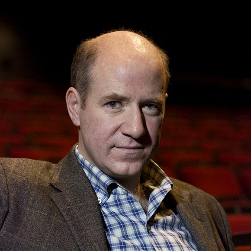 Johnnie Walker is CFO, Head of New York Office with tempCFO, where he leads all New York region activities and provides strategic CFO advisory services to technology ventures and other businesses. Mr. Walker previously held the Director of Finance roles with A-List Education, Echoing Green and various other companies in New York City. Educated in Physics and Engineering, Mr. Walker has a background in technology, engineering and venture investment. He is also an Adjunct Associate Professor of Business at Columbia Business School. 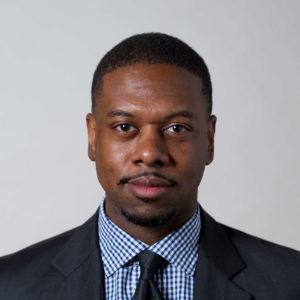 Mark Anthony Thomas is the Senior Vice President of Partnerships for the New York City Economic Development Corporation. Mark previously served as the Director of Los Angeles Mayor Eric Garcetti’s Operation Innovation Team and spent 15 years in the publishing and CSR sectors before joining the public sector. Mark earned his MBA from MIT Sloan, MPA from Columbia University (’09), and BA from the University of Georgia.  He serves as mentor to startups at 1776 and an adviser to Fuse Corps and CUNY’s Graduate School of Journalism. 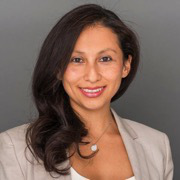 Marisol Rodriguez ’15SPS has over 12 years of experience in Design innovation and human-centric design methodologies. Early in her career, she worked in product development and research reports for brands like Nike, Verizon, Energizer, Colgate, Omron, Unicef, WRI, and WWF.   She currently partners with start-ups, non-profits, and social enterprises, focusing on products and business models that are bridging the gap between technology, aggregate data, and sustainable development, in the sectors of healthcare, smart cities, energy access, and micro-finance.

Ms. Rodriguez holds a bachelor in Industrial Design from the University of Los Andes ’05, an M.S. in Sustainability Management ’15 from Columbia University, and is a Think Swiss fellow from the University of Geneva. Since 2010, she has been an active speaker and workshop lecturer of Design Thinking and sustainable business at Daegu University (South Korea), The Earth Institute, Bronx Community College and Smithsonian Cooper-Hewitt Design Museum. 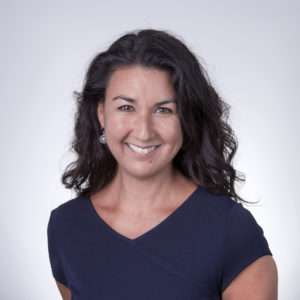 Misti Ushio, PhD. is the founding CEO of TARA Biosystems.  Dr. Ushio has over 20 years of experience in the biotechnology and pharmaceutical industry, and early stage life science company building. Dr. Ushio has served most recently as Chief Strategy Officer and Managing Director of Harris & Harris Group, where she advised and invested in life science companies to help them translate their transformational science into commercially successful companies.

Earlier in her career, Dr. Ushio held management roles at Merck & Company, where she developed vaccines and biologics products, and Columbia University, where she managed the intellectual property of several scientific and engineering portfolios.

Nick Ganju ’08BUS is a founder at Zocdoc and leads strategic initiatives that address some of the company’s most impactful opportunities. He helped build Zocdoc because he believes that the power of technology can bring about a more efficient healthcare system. He has extensive experience in product development, database management and site architecture, including having personally built the earliest iterations of Zocdoc and directly overseeing its development for many of its first years.

Prior to Zocdoc, Nick worked as the CTO of cfX, where he oversaw the design and implementation of financial software used by several Fortune 100 Wall Street firms. A Trilogy Development Alumnus, Nick previously lived in Silicon Valley. There, he played a pivotal role in the architecture and development of eBoodle (later acquired by BizRate), and in 2002 founded his first company, called Mixonic. He remained at Mixonic as the architect, manager, and lead programmer until moving to New York.

Nick was awarded an MBA from Columbia Business School in 2008. He also has a bachelor’s degree in Computer Science from the University of Illinois at Urbana-Champaign. He first met Zocdoc founder Cyrus Massoumi when the two shared a desk at Trilogy Software.

Nick was born and raised in Chicago, and currently resides in New York. When he’s not working, the former Bay Area Amateur Billiards Champion can be found fronting his semi-professional cover band.

Resources, Support, and Opportunities for Innovation: Where to Plug In Righ...

The Latest on Entrepreneurship Events and Deadlines – April/May 2020