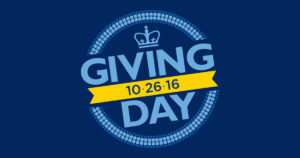 Fresh from Vanderbilt with Music Composition degree in hand, Amper Music founder Drew Silverstein, ‘16BUS, was thrilled to begin working with Grammy-winning film composer Christopher Lennertz. Now he was going to score movies in Hollywood. And not long into his time with Lennertz, Drew was already making significant contributions. His first big assignment: writing additional music on a Marvel One-Shot film called “Item 47”.

“Although we had listened to the music and had seen the completed project many times,” said Silverstein, “There has always been something very special about sitting in a darkened theater alongside an audience that is seeing — and hearing — the movie for the first time.”

Get a flavor of what Drew’s work sounds like,
listen to two pieces here wrote here and here

From his vantage point two types of projects seemed to emerge: the artistic pieces and projects that were more utilitarian. Drew noticed that if a producer wanted to make an artistic statement, she’ll likely spend the money to hire a composer. For projects in which the music was not a core artistic collaboration, however, producers were spending time finding music that already existed.

“I saw editors and producers spending inordinate amounts of time culling through databases of cataloged music,” Drew recalled, “and then dealing with licensing hurdles, variable quality, and limited product flexibility.” So he founded Amper Music.

At this point it’s reasonable to ask how an aspiring composer becomes an entrepreneur and how a Music Composition degree attunes with an M.B.A. So we put the question to Drew.

“I see a lot of parallels between what it takes to succeed in both music and business. When I’m practicing piano, I focus on the details – a specific set of measures, for example – until I’ve accomplished what I set out to learn today. I can then place this progress in the context of the entire piece and see the small steps build into meaningful progress. It’s much the same way with a startup.

“In business I also focus on the details and break my long-term objectives into component parts. Focusing on the little things and understanding their place within the big picture tends to pay off more often than not.”

Although Amper is not yet releasing product publicly, they’ve scored early rounds of venture funding to fuel their efforts.