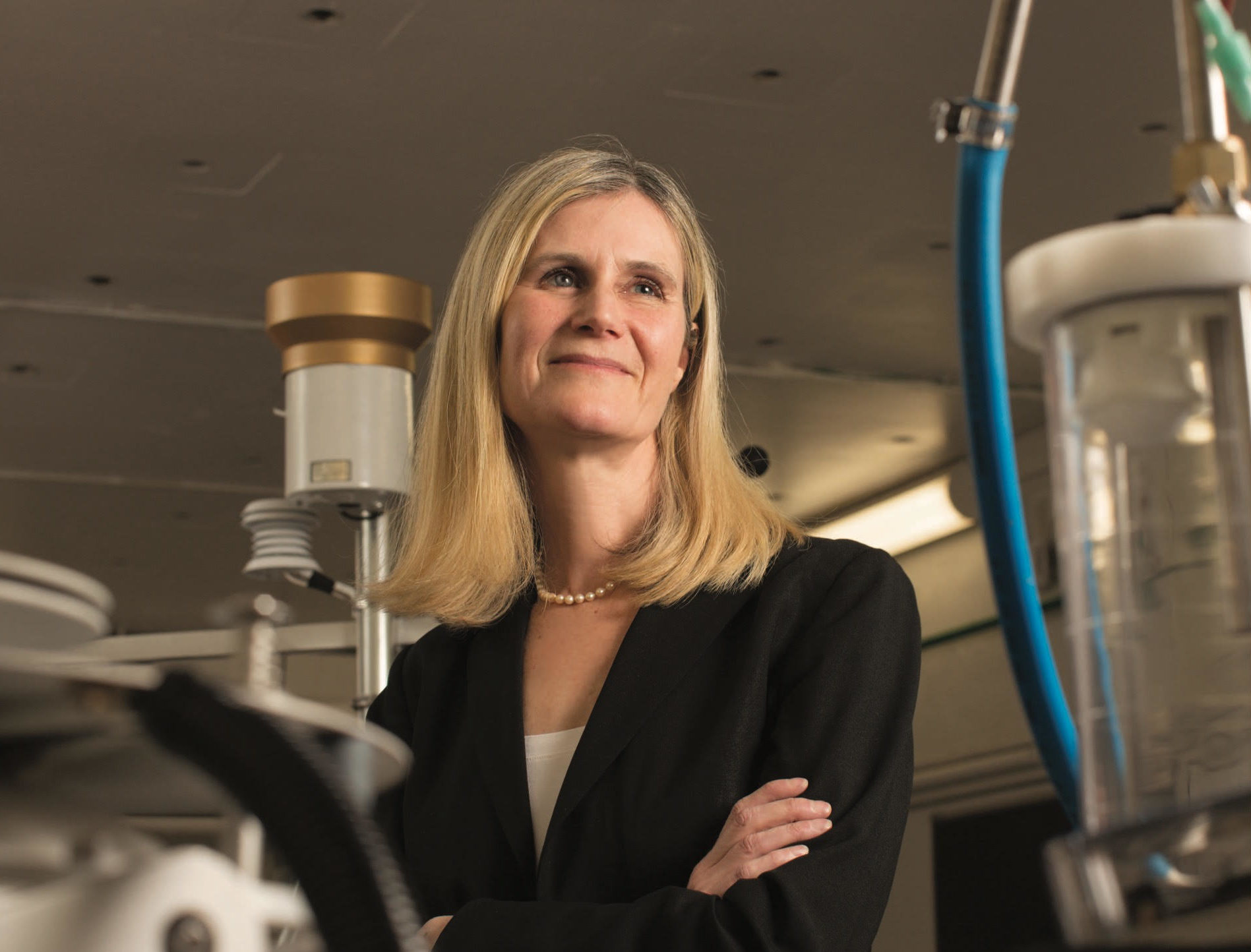 Patricia Culligan, now the Dean of Notre Dame’s College of Engineering, co-founded the Collaboratory during her time at Columbia.

A leader in the field of water resources and urban sustainability, Patricia Culligan has worked extensively with The Earth Institute’s Urban Design Lab at Columbia University to explore novel, interdisciplinary solutions to the modern day challenges of urbanization, with a particular emphasis on New York City. Culligan was the director of a joint interdisciplinary Ph.D. program between Columbia’s Fu Foundation School of Engineering and Applied Science (SEAS) and Graduate School of Architecture, Planning and Preservation (GSAPP) that focuses on designs for future cities, including digital city scenarios. Her research group is active in investigating opportunities for green infrastructure, social networks, and advanced measurement and sensing technologies to improve urban water, energy, and environmental management.

Culligan received her Master and Doctor of Philosophy from the University of Cambridge and served on the faculty at the Massachusetts Institute of Technology (MIT) before joining Columbia in 2003. She has received numerous awards for her contributions in engineering research and education, including: the Egerton Career Development Chair (1996); the National Science Foundation’s CAREER Award (1999); MIT’s Arthur C. Smith Award for contributions to undergraduate life (1999); Columbia Engineering School Alumni Association’s Distinguished Faculty Award (2006); and Columbia’s Presidential Teaching Award (2007). Culligan has supervised more than 40 doctoral student theses as a reader or a sponsor.

Culligan serves on the National Academies’ Nuclear and Radiation Studies Board and the Board of Earth Sciences and Resources’ Committee on Geological and Geotechnical Engineering, and was in 2011 elected to the Board of Governors of the American Society of Civil Engineer’s Geo-Institute. She is the author or co-author of six books, four book chapters, and more than 120 technical articles.

When Vice-Dean of Academic Affairs for SEAS from 2010 to 2012, Culligan was named the founding Associated Director of the newly established Data Sciences Institute in 2012.