The Next Wave of Corporate Entrepreneurship with Steve Blank. What Comes After Innovation Theater? 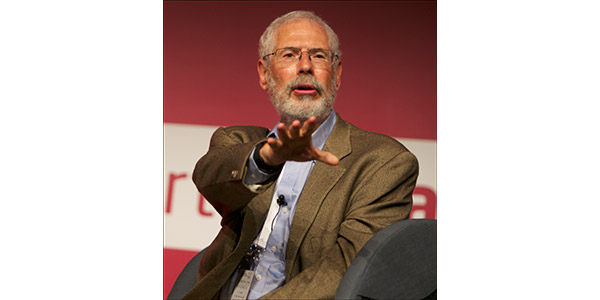 The Next Wave of Corporate Entrepreneurship
What Comes After Innovation Theater?

Corporate entrepreneurship is a very hot topic these days.  Despite all the talk, however, actual innovation performance comes nowhere near to delivering on its promise.  We are perhaps five years into the latest flurry of excitement about the prospects for innovation-fueled growth.  Companies have traveled to Silicon Valley in droves, sponsored innovation boot camps, trained innovation ninjas, and otherwise promised their stakeholders that innovation is front and center on their agendas.

Evidence suggests much of this activity is just ‘Innovation Theater’.  Indeed, how many corporations focus their cultures around an innovation playbook, and train all staff in innovation practices.

In a recent McKinsey study, fully 94% of executives surveyed reported that they were unhappy with their organization’s ability to innovate.  Similar research shows that corporations are spending a lot more of their profits on things like share buybacks and dividends than they are on innovation.

What’s next for corporate innovation?

Columbia University’s Senior Fellow for Entrepreneurship, Steve Blank is a retired eight-time serial entrepreneur-turned-educator and author.  He has changed the way entrepreneurs around the world build their startups. His bestselling The Startup Owner’s Manual, and his earlier seminal work, The Four Steps to the Epiphany are both credited with launching the Lean Startup movement. His Lean LaunchPad class at Stanford, Berkeley, and Columbia has redefined how Universities approach entrepreneurship.  His Innovation Corps class for the National Science Foundation forever changed how the U.S. commercializes science.

Professor Rita Gunther McGrath is a globally recognized expert on strategy, innovation, and growth with an emphasis on corporate entrepreneurship. Her work and ideas help CEOs and senior executives chart a pathway to success in today’s rapidly changing and volatile environments. Ms. McGrath was named one of the Top 10 Most Influential Business Thinkers by Thinkers50 in 2015 and 2013. Thinkers50 presented Rita with the #1 award for Strategy, the Distinguished Achievement Award (2013). She has also been inducted into the Strategic Management Society “Fellows” in recognition of her impact on the field.

Brian Murray is President and Chief Executive Officer of HarperCollins Publishers. Since being appointed CEO in 2008, Murray has led the transformation of HarperCollins from a traditional print publishing company focused only on English language publishing, to a dynamic print and digital publisher with broad expertise in foreign language publishing and more than $350M in digital revenues. Murray has led six acquisitions including Thomas Nelson and Harlequin. The acquisition of Harlequin in 2014 extended the company’s global platform and digital presence, resulting in the ability to publish in more than 30 languages and publishing operations in a dozen new countries. The Thomas Nelson acquisition in 2012 allowed for the formation of the HarperCollins Christian Publishing division, positioning HarperCollins as the leading publisher of Christian content in the world.