Hi, everyone — it’s Hayley from The Lab! In November as the leaves begin to change, The Columbia Startup Lab will have been open two and a half years, exactly half way through its five-year experiment. Based on the success we’ve had, we’d say that the experiment is a success. The Lab is about empowering Columbia alums and students to achieve their professional goals. But the proof is in the pudding — let’s check in with three teams who started in the Lab and have gone on to make some seriously impressive strides with their ventures. We knew them then, where are they now? 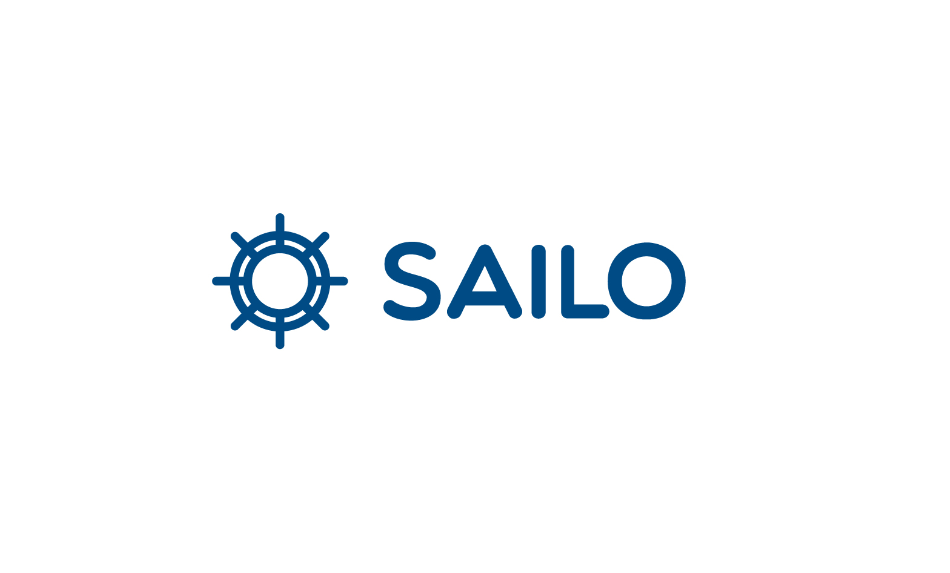 In the spring of 2014, Adrian Gradinaru, ’14BUS, was on a boating trip in Greece with the Columbia Sailing Club. He’d been having the time of his life, and was eager to make boating a habit when he returned to New York. But it wasn’t until Gradinaru got back that he discovered this goal would be more difficult than he thought — after doing some thorough research, he found there was no way to easily rent a boat online.

Joining forces with Delphine Braas, ’14BUS, Magda Marcu, and Bogdan Batog, the team set out to create a marketplace that would make it easy for virtually anyone to spend a day out on the water. Boat charters are a $20 billion industry, but at the time there was virtually no way to compare prices or book reservations online.

Gradinaru and Braas arrived at the Columbia Startup Lab (CSL) with little more than a PowerPoint of their business plan. “Being at the lab was an absolutely critical step for us,” says Gradinaru, “because it gave us the space to create exactly the business we wanted.” Together,  they began to build out what would eventually become the Sailo platform.

Sailo connects renters, boat owners, and boat captains, relying on a complex network that had to be built nearly from scratch. The co-founders tackled the challenge with plenty of help from Columbia professors and like-minded developers at the CSL, who also helped them stay on the right side of thorny boating regulations and insurance laws. Braas and Gradinaru also learned from the expert lectures given at the lab, getting essential introductions on topics like viral marketing and investor relations. Gradinaru remembers his year at CSL as a time of milestones, from launching the company website to throwing the party that celebrated their first booking.

Today, Sailo is a rapidly expanding global service. Their catalog of rentable boats has grown from 100 to 5,000; their listings are scattered up and down the Atlantic seaboard, across the Mediterranean, and on a string of Caribbean islands. They’re also working on the logistical hurdles of multi-day charter cruises. With a boost from four full-time engineers, they’ve bulked up their website with messaging, a mobile app, and the Boat Calculator, an interactive model that lets users see how much owning a boat would cost them and how much they could earn by chartering it.

As they’ve grown, the Sailo team has stayed close with the Columbia Entrepreneurship community. They recruit Columbia interns from both undergrad and MBA programs, and stay in touch with their mentors from The Lab. With glowing features in the Wall Street Journal, Fortune, Travel & Leisure, and TechCrunch are anything to go by, Sailo has proven that Columbia startups can achieve success anywhere — even on the high seas. 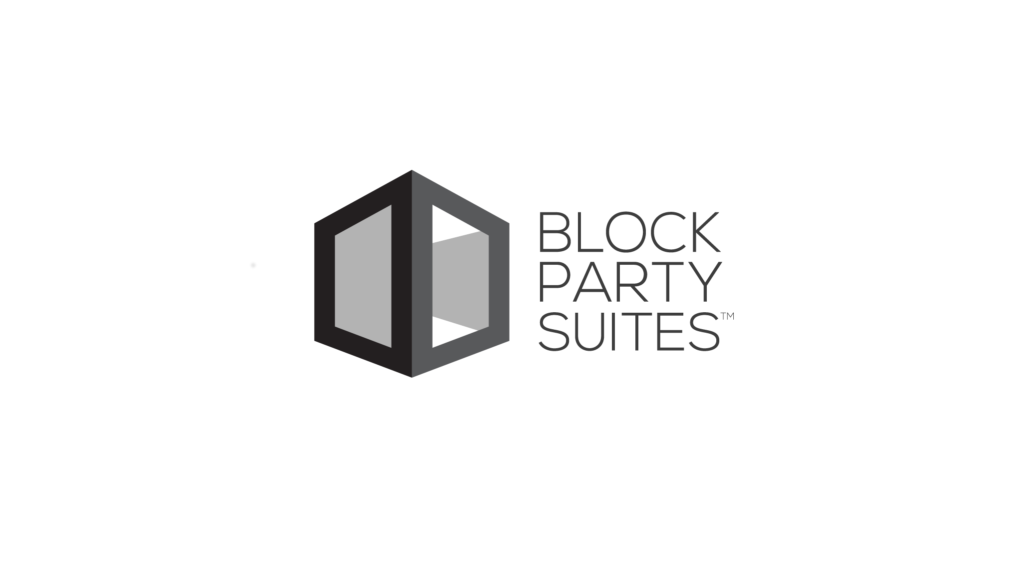 Block Party Suites was founded on the premise that “Life is better live,” in the words of co-founder and COO Steve Gilman, ’15BUS. The company specializes in enhancing the real-world social experiences of people wherever they gather: sporting events, concerts, and music festivals, for example. Using renovated shipping containers and other infrastructural innovations, Block Party Suites partners with sports teams, music festivals, and brands to create “pop-up communities” where event goers can gather, engage, and deepen connections with other like-minded individuals.

Just two years after its inception — Gilman and his partner, Adam Ward (co-founder and CEO) lauched the company during his second year at Columbia back in 2014 — Block Party Suites has experienced a meteoric rise, establishing partnerships with top event companies and festivals including Learfield, Live Nation, and CBS Interactive. He credits his mentors at Columbia Business School and Columbia Entrepreneurship for providing crucial guidance and networking opportunities that helped him get the company off the ground.

“Our mentors in the Columbia Entrepreneurship Greenhouse Program played a critical role in our early success,” Gilman explains. “ Without the help of people like David Lerner, Brendan Burns, and fellow founder classmates, we probably wouldn’t have made it to where we are today. As soon as we had our MVP, they helped coach us through our first big contract — bigger than we thought we could handle at the time. Luckily, that bet worked out for everyone.”

After graduating from Columbia, with a major contract from in hand, Gilman moved the company’s operations to the Columbia Startup Lab. It was there that Block Party Suites began executing on its initial contracts and expanding its offerings into other business verticals — simultaneously, the company was also able to capitalize on the The Lab’s extensive business network and secure vital angel funding from investors. “We actually met our first investor at the 2014 Annual Fall Venture Fair. And after moving to The Lab, that professional network only became more robust.”

The company has since relocated to Dallas, Texas, where it continues to raise Series A funding and is well on its way to becoming a nationwide brand. While Gilman appears pleasantly surprised by Block Party Suites’ early success, the company’s strong market entry can be largely attributed to the team’s strong business foundations and sound decision-making along every step of their journey. “We were new to the industry,” says Gilman, “but we bring a strong business sense to live entertainment. And we’ve found that if you study the industry inside and out, and get the execution right, huge brands will give you every opportunity to learn.” 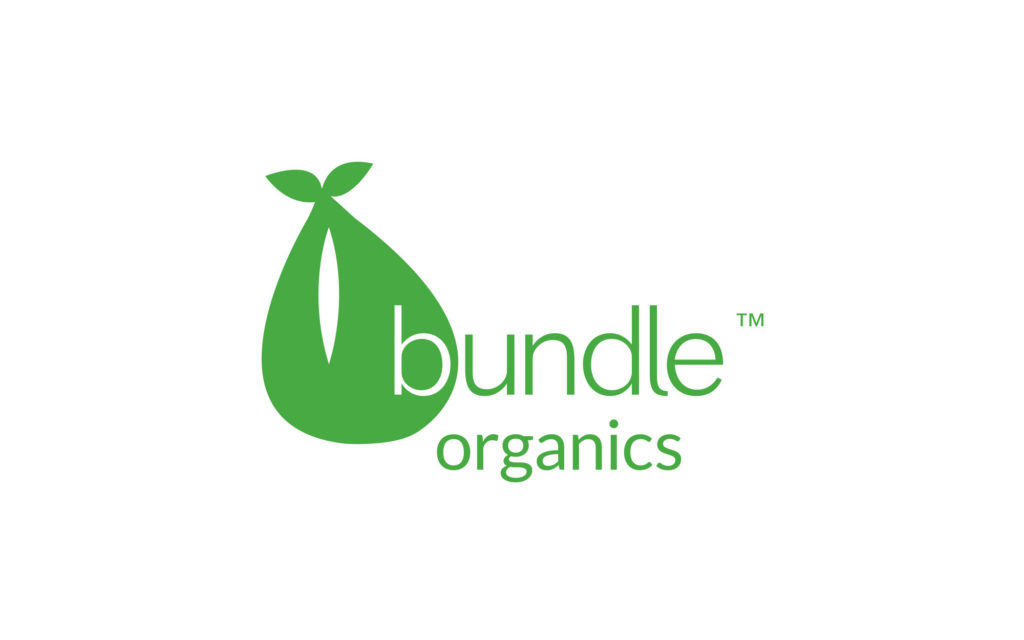 John Mascari, ’08CC, had recently graduated from Harvard Business School when he noticed that his sister, who was expecting her first child, was struggling to obtain the right balance of nutrients during her pregnancy. In February of 2014, Mascari and his co-founder Kwany Lui set out to provide mothers-to-be with tasty beverages that would meet their nutritional needs. The result was Bundle Organics — the very first juice brand designed specifically for expecting and new mothers.

Before moving into the Columbia Startup Lab, Mascari was working out of his New York City apartment. The Lab provided his small company with office space during a critical expansion phase — Bundle Organics launched a new line of teas in 2016 — and offered a network of supportive and intellectually diverse peers. “Coming into The Lab and having the space to really grow was great,” says Mascari. “The supportive environment improved our ability to recruit talented people, meet new influencers, and expand the ecosystem of the Bundle Organics brand.”

Moreover, Columbia Entrepreneurship played a formative role in the company’s evolving business model. “When we first got into The Lab we were primarily an eCommerce business,” says Mascari. The company’s digital model allowed them to scale quickly and overcome typical barriers to entry in the food and beverage space. While based in The Lab, Bundle Organics launched in more than 400 brick-and-mortar stores, including Babies R Us and Buy Buy Baby — two major wins indicating the company’s positive trajectory. Now, Mascari says they are continuing to build out offline distribution along with their growing online reach.

The biggest advantage Mascari gained from the Lab, he says, was the wealth of professional resources made available to participants — resources which have played a crucial role in expanding the brand’s network. Mascari says his decisions are still informed by lessons learned from a valuable meeting with Derris & Co., a major, tech-focused New York public relations agency and resource for Columbia Startup Lab participants. If the brand’s glowing coverage from publications like the New York Times, Entrepreneur, and a multitude of reputable parenting blogs is any indication, the duo has successfully leveraged those takeaways into an effective publicity strategy.

What’s next for Bundle Organics? Mascari says that the overall vision for the brand “is to continue to roll out really great products for women who are prenatal and postnatal,” and to ensure they have access to “great foods, beverages, and snacks that support them during this time in their lives.” If all goes according to plan, Bundle Organics’ products will be in 2,000 more stores by this time next year. They may have their work cut out for them, but the vitamin-packed future is bright for Bundle Organics’ all-star founders.

Venture of the Month – avoMD

Venture of the Month – Plan A, Founded by Caroline Weinberg, MD, ’1...

CSL Talks | Your Life, Your Planet

An Open Letter on Entrepreneurship to the Class of 2020 from Five Columbia ...